Ahead of the Esports in Education Conference this Wednesday, Kenji Lamb, CDN’s Digital and Innovation Lead, explains how the Scottish college sector is developing esports…

My first experience with esports was in the ‘90s when I played Doom at the back of the Glasgow Virgin Megastore on Union Street. Stakes were high as I’d arrived with friends and been boasting the night before of my ability to create havoc with my BFG. Half an hour later, dreams of becoming a professional gamer ended when I saw my name on the leaderboard, below the other 7 players taking part in my heat.

Fast forward to today and esports now fills arenas, livestreaming to an audience of over half a billion across the globe. Prize pools in excess of 7 figures are a regular feature of competitive gaming. A proposed 4,000-seat esports arena on the Dundee waterfront, alongside a thriving games development community, means that education is gearing up to feed a skills pipeline in the fastest growing area of the games industry.

Education in the UK is catching up with the phenomenon that is esports. In 2019, Glasgow Clyde College was the first institution in Scotland to offer a dedicated esports qualification, the NQ in Computing and Esports. There are a wide range of career options from back-end production, strategy and coaching to front-end playing and commentary. More universities are adding degree options to enhance progression pathways.

It’s not just courses and qualifications though, gaming societies provide a valuable sense of community for students isolated in lockdown. The Forth Valley College gaming society started up 2 years ago, with the founding student dragging a suitcase full of consoles and VR kit onto campus. When he graduated (taking his suitcase with him), the society moved online and opened membership to residents in the local community. The society hosts weekly games, mini events and provides a valuable social space. Now with around 100 members, it’s an integral part of the student experience, offering opportunities to compete, cast and collaborate.

Last year, CDN partnered with British Esports to run the Scottish College Cup, where 8 colleges battled it out to lift the sector’s first national trophy. It was exciting to see the event play out in real-time over the weekend, but looking at the statistics afterwards, we were more than a little surprised that the competition was watched by just under 100,000 unique viewers for over 625,000 minutes!

If you are interested in getting more involved in esports competition, then a great place to start is the British Esports Championships, which is open to all schools and colleges in the UK.

As well as preparing for this year’s Cup, we’re looking forward to working with British Esports again to run the Esports in Education Conference on Wednesday 24 March. The free online conference sets the scene for a discussion around skills pipelines from education into industry, as well as examining how diversity and cyber security play their part in competitive gaming.

Esports is definitely part of the educational landscape and as much I try to convince my daughters there is life beyond Roblox, I can’t deny that a career in gaming is a very real possibility for current and future generations.

Register for the Esports in Education Conference here. 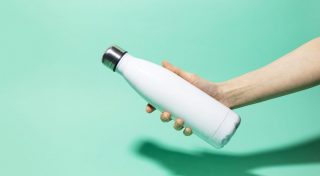 For #PlasticFreeJuly, we caught up with some Scottish colleges to find out what action they are taking to cut back on plastic…... 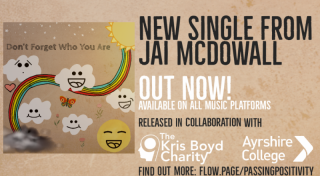 After winning the Innovation Award and the Judges’ Award at the 2020 College Awards for their #PassingPositivity mental health initiative,... 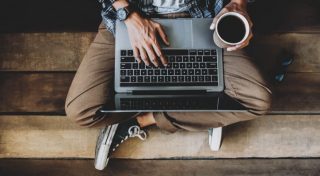 In the fourth of his blog-series, Education Consultant Walter Patterson provides an update on CDN's research into staff digital capability....