You Are Here: Home|News and media|News|TV campaign aims to raise profile of Scottish FE

Reported by Julia Belgutay, in Tes on 01 November 2018

Full article can be found here.

Scotland’s colleges are seeking to raise their profile with a new TV campaign that will promote colleges as a “plan A”.

The advert, which was aired on 1 November on STV and then about 90 times throughout November, highlights the variety of colleges and courses available, and presents FE as a first choice for students.

The brainchild of the College Development Network’s (CDN) marketing and communications network, it is hoped that the #choosecollege campaign will not only reach prospective students, but also teachers, careers advisers and parents.

The group had “identified the need for a national campaign to raise the profile of colleges in Scotland and to assist their recruitment activities at a national level”, said a spokeswoman for CDN. “As a result, we are working with STV to develop a national TV campaign aimed at parents, careers advisers and prospective students, which promotes colleges in Scotland.

“We wanted to raise the profile of colleges and do something that brings all colleges together.”

She added: “Working in this way, as a collective, has made a TV campaign affordable to the college sector – each college is contributing a relative proportion of the overall cost based on the size of college and audience reach. STV has also made a significant contribution to the campaign.”

Alongside the advert, a website for the campaign has also been launched, allowing prospective students to seek out their local college and showcasing case studies from the sector.

College students were invited to take part in the making of the advert via their colleges with more than 60 responding and eight students selected. A student make-up artist was also involved on the day of filming. 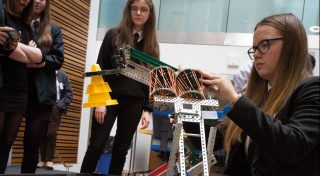 New research says 12% of school pupils will learn with a college On Wednesday 15 September,  we published a new research report, ‘Co-Cre...

Today [31 August] College Development Network (CDN) published new research into the impact of the pandemic on the digital skills of staff wo... 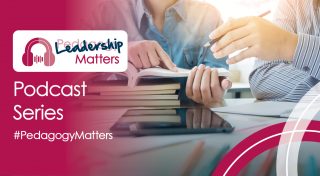 Following on from the success of our Pedagogy Matters podcast series, CDN is delighted to bring you a new mini podcast series which focuses ...